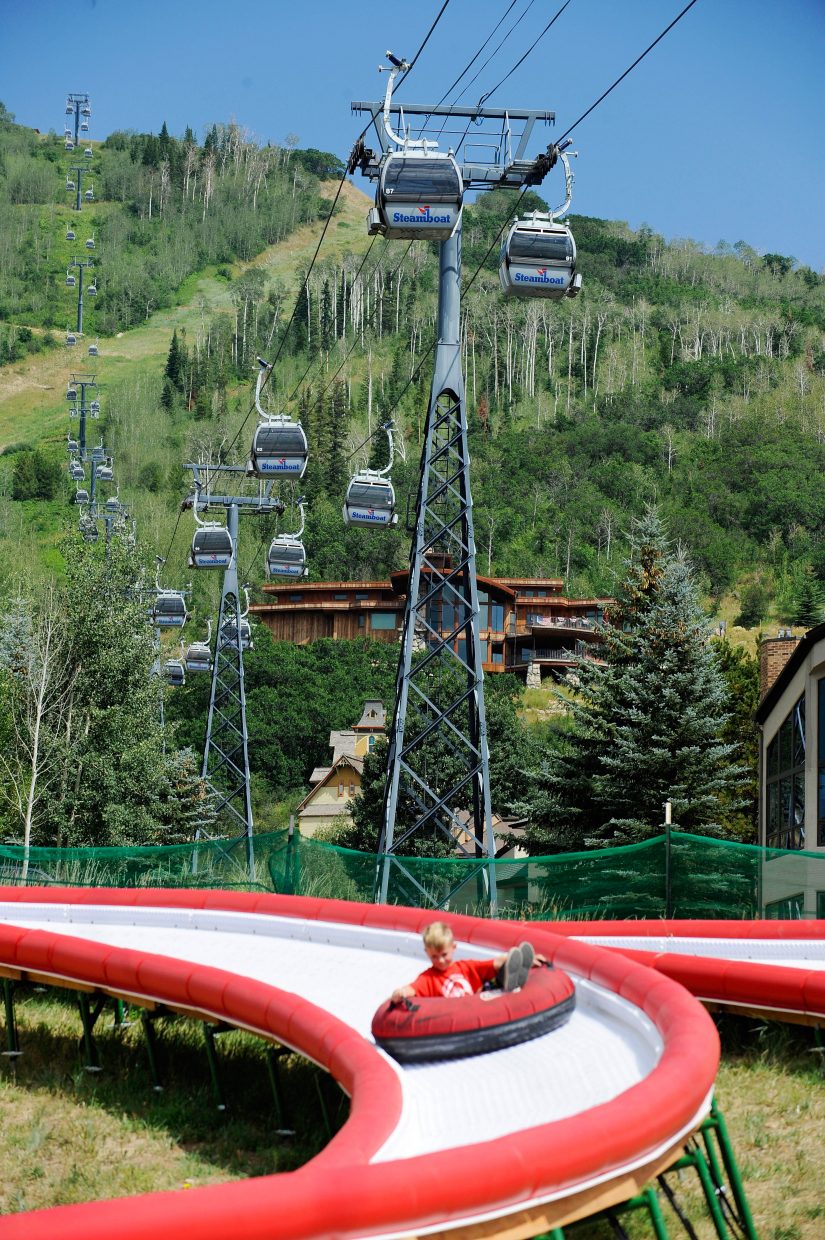 Six-year-old Wesley Haunesser tubes Monday at Steamboat Ski Area, which has been sold to a new joint venture of KSL Capital Partners and Henry Crown and Company to combine the ownership of 12 ski areas in North America.

A joint venture of KSL Capital Partners and Henry Crown and Company announced Monday that the purchase of Intrawest Resort Holdings, the parent company of the ski area, and Mammoth Resorts is complete.

“I think we’re all tremendously excited about the opportunities for Steamboat and the new company,” ski area President and Chief Operating Officer Rob Perlman said Monday. “Obviously, Steamboat continues to be an iconic resort, and with the new ownership — including the Henry Crown and Company as well as KSL forming the new company and bringing in other resorts including Mammoth and Squaw Alpine into the fold — the new company has 12 resorts coast to coast in North America, and it’s exciting times.”

Though excited about the sale, Perlman said it was very much business as usual at the ski area.

“We’re very focused on completing this summer and then looking toward the 2017-18 ski season,” Perlman said.

The new company expects to launch a new name and brand prior to the beginning of the 2017-18 season. For the upcoming season, the new company will continue to honor the existing pass products that are currently on sale, including the Rocker Mountain Super Pass +, the M.A.X. Pass and the Mountain Collective.

Lis de Roziere, who handles investor relations for Intrawest, said there are no additional pass products planned for the immediate future.

The company’s new name and more information about new pass products could be announced in October, de Roziere said.

“We’ll have more guest-focused announcements at that time,” she said.

De Roziere also said the new company would be headquartered out of Intrawest’s current Denver office.

The sale comes as Steamboat Ski Area continues to work through the planning process for an expansion in the Pioneer Ridge area. Also on the ski area’s wish list is an additional gondola that would carry skiers up to a new ski school area in the Bashor Bowl area.

The companies also announced leadership changes effective upon the close of the transaction. Thomas Marano, Intrawest’s chief executive officer, resigned his position, and Intrawest will be delisted from the stock exchange.

“This transaction marks a significant milestone for our company, our guests and our communities, and we are excited about the opportunities that lie ahead as a result of combining Intrawest, Squaw Valley Ski Holdings and Mammoth Resorts,” Traficanti said in a news release. “We believe that each resort brings something different to the company, and our goal is to preserve the unique character and culture of each while also building something greater.”

Perlman will report to Perry, who has spent more than four decades in the ski industry.